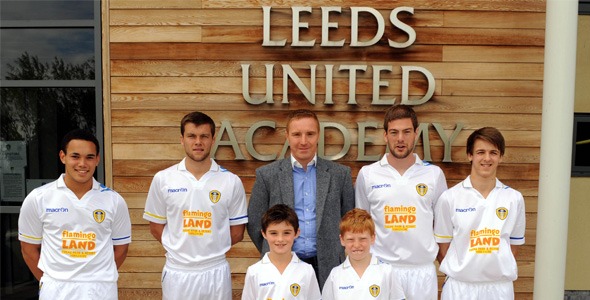 Leeds United is pleased to announce that Flamingo Land Theme Park and Resort will be the new Sponsor of the Leeds United Academy for the 2011/12 Season.

The Academy, is based at Thorp Arch, has a long history of producing players for both the club and at international level. Jonny Howson, who captained the first team last season, is one of the most recent graduates and has made over 200 senior appearances for the club.

Both chairman Ken Bates and manager Simon Grayson recently spoke of the importance of a strong Academy system within the club and no less than eight players on the first team pre-season tour to Scotland last week had graduated through the club’s Academy.

Leeds United Chief Executive Shaun Harvey said: “We are delighted that Flamingo Land will be the Official Sponsor of the Leeds United Academy for the forthcoming season.

“The Academy has a strong tradition of producing top class professional footballers and it’s great that one of Yorkshire’s leading tourist attractions will be associated with the development of our younger players. Throughout our discussions it was clear that there are many synergies between our organisations and we look forward to developing our relationship with Flamingo Land.”

Commenting on the announcement of the sponsorship, Flamingo Land CEO, Gordon Gibb, said: “Flamingo Land Theme Park and Resort are delighted to announce their sponsorship of Leeds United Football Club’s Academy for the 2011/12 Championship League Season.

”Given Flamingo Land’s association with high quality family entertainment and educating children through play, we feel that being associated with the sporting and physical development of children to be the natural progression for us.

”Flamingo Land operates in the Premier League of European Theme Parks and we sincerely hope that Leeds United join us in their respective Premier League in the very near future. Yorkshire’s most successful Football Club and visitor attraction ‘united’ make ideal ‘stable mates’, we only hope that the 2011/12 Championship League campaign is not a roller coaster ride!”

As part of the new agreement there will be a variety of promotional offers and incentives provided to Leeds United fans including special Leeds United family days at the theme park. There will also be a series of Academy Coaching courses that will be held at Flamingo Land Resort with the best young player from the courses being offered a trial at the Leeds United Academy.

The agreement is for an initial one year term and will see all Academy playing kit and training wear branded with the Flamingo Land logo. 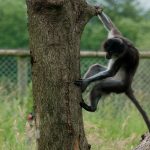