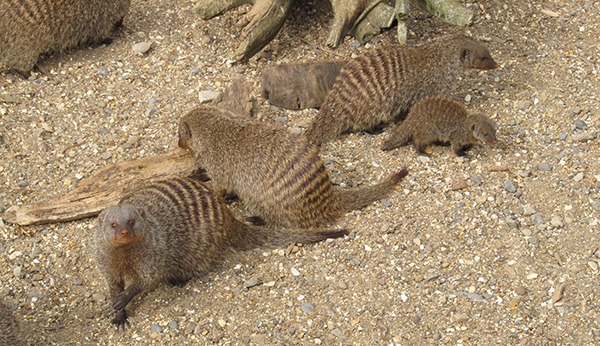 Our group of banded mongoose has slightly increased in size due to the addition of a baby! Currently 6 weeks of age, the pup is now beginning to get braver and is exploring the enclosure whilst trying out some solid food. Despite being small, infants are very vocal, squeaking to their mother so she is aware of where they are and what they need. The mother is still quite protective of her offspring so will keep them at least within hearing range. In the wild the young would be defenceless against any predators so depend on their mothers and the group for protection. Pups will often be cared for by the whole group and are allowed to suckle from any lactating female. Our pup is fully integrated into the group now so you should be able to see them in their enclosure in Children’s Planet.

In the wild, these mongooses would be found in Sub-Saharan Africa in savannah and woodland areas. They are diurnal, meaning they are active during the day and will leave their den early in the morning and spend their time foraging taking shelter during the hottest part of the day. Their diet consists of fruit, invertebrates, small reptiles and sometimes eggs. Although relatively small animals, they have very sharp teeth and so are well-equipped predators! They would live in groups varying in size, usually between 5 to 40 individuals, and the higher the group number, the greater their chances of having a successful hunt without themselves being preyed on. However, they would still hunt individually to catch their own food. The group would be fairly territorial and would scent mark extensively using their anal glands.

Their closest relatives are meerkats and several mammals found in Madagascar such as the fossa. Their more distant relatives include hyenas, civets and cats. All of these animals make excellent predators in their own right, each with different adaptations to suit their size and the prey that they catch. Mongoose may be small, but they shouldn’t be underestimated! As our pup grows larger, they will start to demonstrate their natural hunting instincts as they turn into an adult. 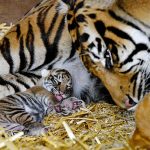 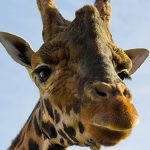