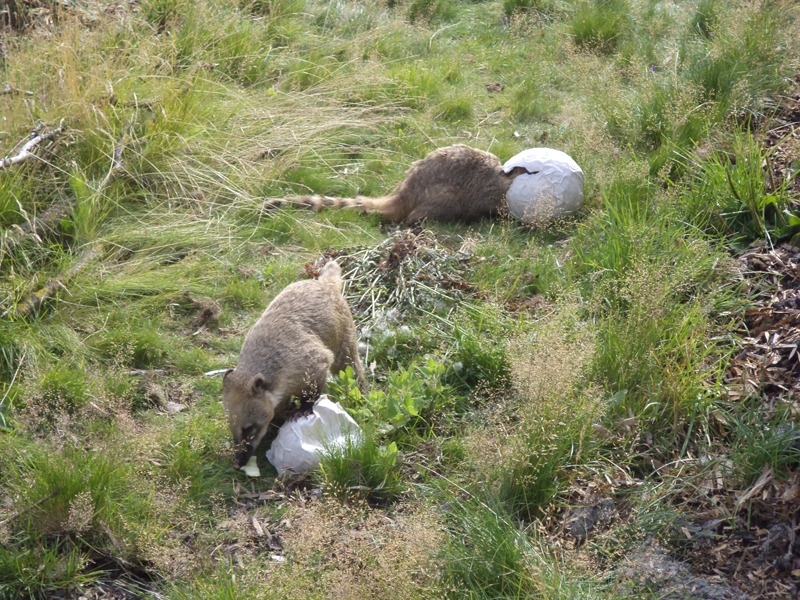 Children’s Planet is home to a range of mammal and reptile species. This includes the South American coati, found is Venezuela, Columbia, Uruguay and Argentina.

These are closely related to racoons, therefore resembles them by having a stripey tail and long snout. Coati’s fur is a slightly reddish colour with lighter patches around its face. When foraging it often holds its tail in the air allowing other coatis in the group to be able to distinguish each other. Despite looking fairly cute and fluffy, it is able to eat animals such as scorpions, spiders and tarantulas, in addition to a variety of food and seeds. This animal is an important seed disperser, enabling plants and trees to spread their seeds throughout a forest via the coati’s faeces. Coatis get the majority of their food from the trees, but prefer to travel across the ground.

Male coatis can often be found living on their own, whereas females and young males could reach group size of up to 30 individuals. They remain in close contact with each other by displaying a range of vocalisations. This large group size can be beneficial when any young are born, as they as completely defenceless. The females in the group can protect each other’s offspring to make sure they are not targeted by predators.

Whilst living in the forests, the coatis have to be alert from several predators such as jaguar, ocelots and puma. Humans are also a threat to them as they are hunted for their meat, however it is a protected species in Uruguay. Deforestation and dam building are causing their population numbers to decrease too, but the coati is fairly widespread and is listed as least concern on the IUCN redlist, therefore its numbers are too high for it to be classed as endangered.

The image shows our coati receiving some enrichment; a papier-mâché balloon filled with chopped up pieces of fruit. This is a fairly novel way of providing the coatis with their food and allows them to use their senses and mental ability to be able to break into the paper and retrieve their food. 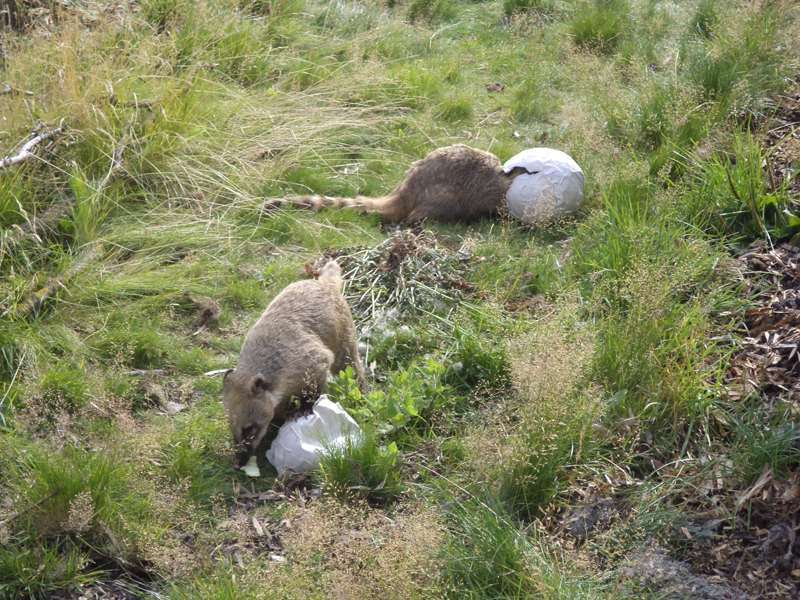 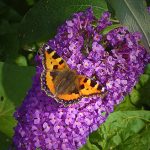