Our Coatis celebrate their birthdays! 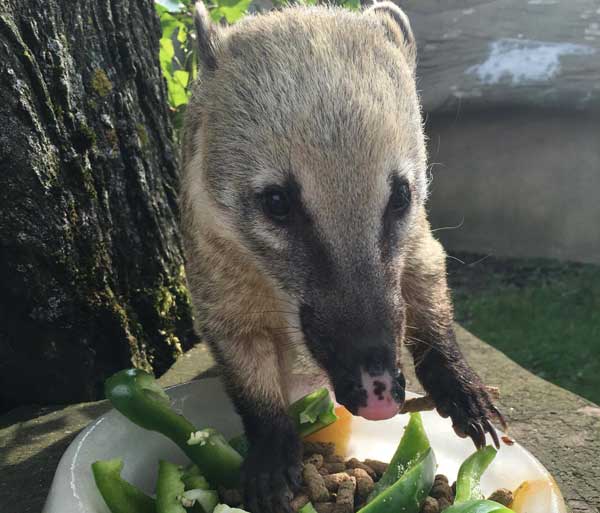 They are omnivores that feed on a range of invertebrates such as scorpions, spiders and tarantulas, in addition to a variety of fruit and seeds. Their elongated snout is very useful for searching in holes and crevices for food. When consuming fruit, this species is an important seed disperser in the wild that enables plants and trees to spread their seeds throughout a forest via the coati’s faeces.

Male coatis can often be found living on their own, whereas females and young males could reach group sizes of up to 30 individuals. They remain in close contact with each other by displaying a range of vocalisations. This large group size can be beneficial when any young are born, as they are completely defenceless. The females in the group can protect each other’s offspring to make sure they are not targeted by predators.

In the wild, coatis have several predators such as jaguar, ocelots and puma. Humans are also a threat to them as they are hunted for their meat; however they are a protected species in Uruguay. Deforestation and dam building are also causing their population numbers to decrease, but the coati is fairly widespread meaning it is not classified as endangered.

At Flamingo Land we have four females named Zen, Zazzle, Zouk and Zibeline.

Recently we celebrated Zazzle’s and Zouk’s birthday. Zazzle is the eldest at 13 and Zouk celebrated her 12th birthday. They both received birthday ‘cakes’ which was an apple ice lolly filled with special pellets made from chicken meal and peppers placed in the middle. Yum Yum!

Don’t forget that you can find them at our Children’s Planet area of the zoo. Call and say Hello soon! 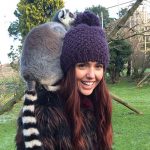 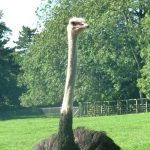