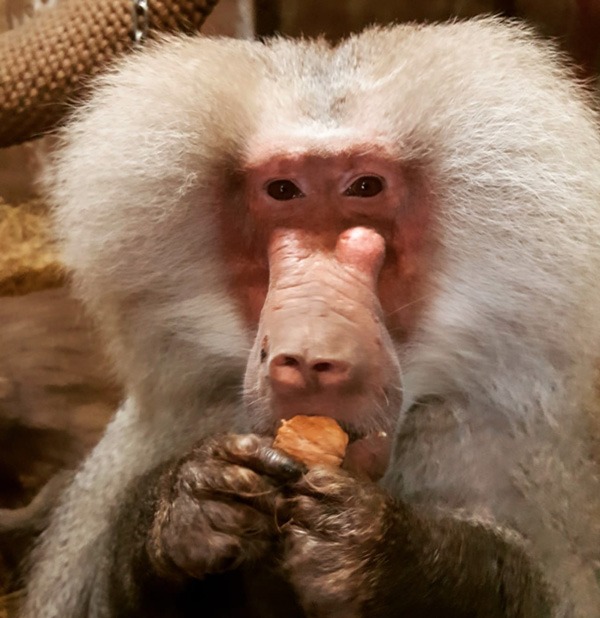 We have been celebrating the birthday of our oldest Hamadrayas Baboon! Enrique turned 40 on the 14th of August here at Flamingo Land. He received a lovely birthday cake that consisted of strawberry jelly, pellets, apples, bananas and orange. In the wild the oldest Hamadrayas Baboon on record lived up to 27 so with Enrique reaching his 40s is a great achievement! Our Baboon diet is mainly vegetables, pellets, nuts and seeds. Fruit is a rare reward as the fruits in this country have a lot of sugar in so we don’t want our Baboons to have rotten teeth, but how often do you reach such a milestone!?

Hamadryas baboons originate from Ethiopia, Saudi Arabia, Somalia and Yemen. They prefer rocky desert and sub-desert regions. These very intelligent primates are endangered in the wild due to loss of habitat.

We have 3 other males called Vidal, Russel and Norman as well as 17 females and 3 infants.

Females and young are brown haired whilst adult dominant males are silvery on their shoulders and back. Their faces and buttocks are hairless and often brightly coloured. They can grow up to 3 feet long and weigh up to 45 kilos. They are omnivores, eating both plants and meat; grass, insects, lizards, small mammals and snakes!

Baboons have a complex social structure. A male will dominate up to ten females at a time. This ‘family’ is a close-knit group spending a great deal of time interacting with each other, grooming and playing. Several ‘families’ form a clan; several clans form a band; several bands form a troop. Troops can vary in size from just a few to several hundred!

The female hamadryas baboon gives birth after 5 months’ gestation and will only give birth every 2 years.

Populations of hamadryas baboons in the wild are stable. Habitat loss and human conflict due to the increased levels of livestock competing for grazing is threatening to impact these strong numbers. Research into these baboons and the human conflict is on-going. 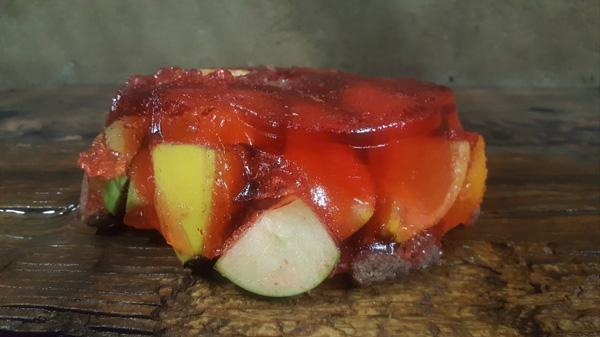 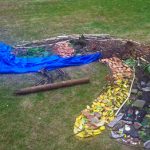 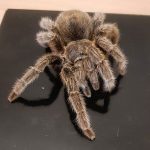