Due to the ongoing situation regarding COVID-19 Flamingo Land Resort is temporarily closed. Find out more

Get Ready For The Ride Of Your Life!

With less than two weeks to go, Flamingo Land’s latest and greatest roller coaster, Mumbo Jumbo, is nearing completion! Within only a few short days the world’s steepest rollercoaster will be unleashed, ready to deliver an unforgettable adrenaline rush to thrill seekers everywhere. Featuring an incline of 1120 from a high point of 30 metres, fearless passengers will ‘pull’ in excess of 4g, a force close to those experienced by jet fighter pilots. Costing over £4 million, the world-beating ride will be opened by Guinness World Records on 4th July 2009, when this world-record-breaking achievement by Flamingo Land will be officially recognised.

Andrea Banfi of Guinness World Records confirmed: “We’ll be attending the opening of Flamingo Land’s new rollercoaster and look forward to adding Mumbo Jumbo to the ‘Steepest Rollercoaster Made from Steel’ category.”

Revealing the story behind the name ‘Mumbo Jumbo’, Flamingo Land boss Gordon Gibb said: “ It’s meant to be a tongue-in-cheek description, poking fun at the way other theme parks exaggerate their new rides and attractions. We’re not talking mumbo jumbo – our new rollercoaster is definitely the real deal!” 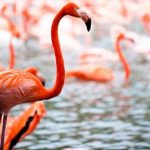 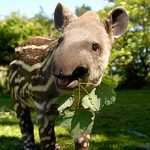