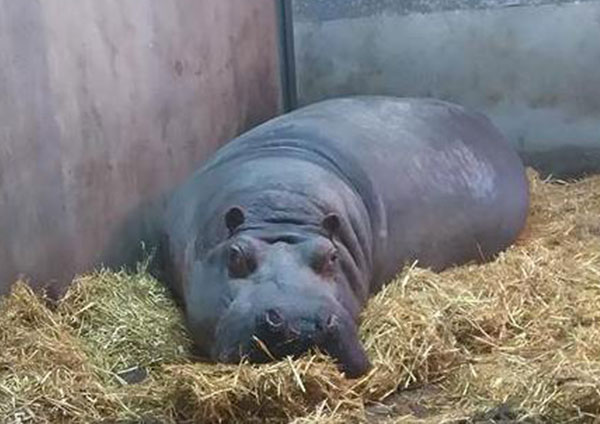 In our ungulates section of the zoo, it was time for celebration as one of our Common Hippopotamus’ (Hippopotamus amphibious), Ernie, turned 14 on the 4th of August! Ernie was born here at the zoo as his mother Betty came to Flamingo Land pregnant over a decade ago. He currently lives with his Auntie Godzilla who is 19 years old. This is still relatively young for hippos as they can live up to around 30-50 years!

With only 4 zoos in the country housing Common Hippopotamus they are a fairly rare species to see in captivity. They are native to Sub-Saharan Africa and spend the majority of their time submerged in the water. This allows them to keep cool and they are also capable of sleeping underwater too. They have a natural reflex which allows them to kick up off the bottom of the floor, rise to the surface and take a breath all whilst dreaming away. They tend to hold their breath for 5-6minutes with their nostrils, ears and eyes all on the top of their heads so can leave the majority of their huge bodies unseen in lakes and rivers. However, despite the fact that hippos are completely at home in the water, they are not very good at swimming. Instead they have to use their feet on the bottom of the river or lake to push their bodies along. To also protect them from the hot African sun, there is a red pigment in hippos sweat, so the myth of sweating blood is untrue, it’s simply a natural sun block.

Hippos are herd animals that can live in large groups, however hippos are very territorial and can be extremely aggressive. Males will battle for territory by first sizing each other up and displaying their huge mouths and canines.

When the sun goes down, herds of hippos will emerge from the water and graze on the grasslands, eating around 65kg of food a night. We try and replicate that here by bringing our hippos inside their house in the evening to get their share of hay, pellets and vegetables. They have midday snacks of apples and cabbage but as it was Ernie’s special day we made him his very own birthday cake. He was thrilled with his treat but still managed to share some of it with his auntie. There was no icing or sponge though – hippo cake is a mixture of alfalfa, carrots and cabbage! 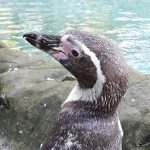 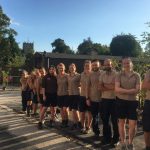