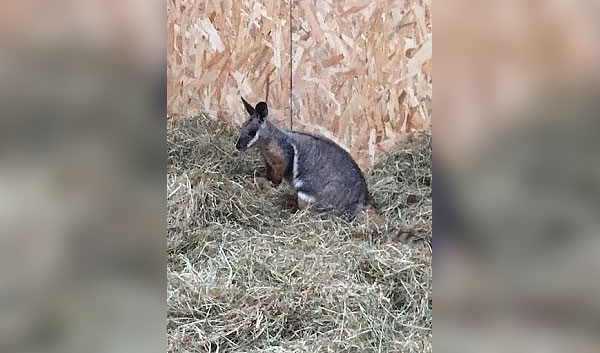 Captive breeding is one of the zoos most important roles and is necessary in order to increase species numbers. Zoos across the world work together to co-ordinate their efforts and many species are part of European endangered species breeding programmes.

Each zoo is given responsibility for a studbook. This is a list of all the individual animals kept of each species and the names of the zoos where they are housed. The studbooks allow zoos to work out which individuals will be genetically the best animals to breed from and work out where each animal should be moved to in order to maximise species survival. Flamingo Land is responsible for the White Rhino, Warthog and Hammerkop studbooks.

Often, animals must move between collections in order to facilitate breeding and prevent too many related individuals being kept in one place. Animal moves are highly planned to minimise disturbance to the animals. Sometimes zoos will coincide moves so that travel is minimised and animals that have to travel a long way can have an overnight stay enroute.

Last week was very busy for Flamingo Land and for several other European zoos as we had several animal moves.

Flamingo Land welcomed a male Hammerkop from Marwell Zoo to join our existing female. Hamerkops are a medium sized brown African wading bird. They have an unusual shape head which resembles a hammer, which is how they get their name. Despite their size, hammerkops make enormous nests which can be up to 1.5 meters wide and are capable of supporting the weight of an adult human. If our female shows interest in the new male and they decide to breed we may have one of these spectacular nests at Flamingo Land.

Our wallaby walkthrough has also had a change around with one yellow footed rock wallaby going to France and 2 male swamp wallaby going to the Welsh Mountain Zoo. Yellow footed rock wallaby are characterised by their stripy tail and like to jump up on rocky outcrops out in Australia. The swamp wallaby on the other hand has a black tail and is much smaller. Swamp wallabies are sometimes known as ‘stinkers’ because they secrete a smell like that of a swamp.

One of our male visayan warty pigs went to Lotherton Hall. Visayan warty pigs come from the Philippines and are threatened in the wild by habitat loss and hunting. These threats have meant that the species is now critically endangered and is dependent on captive breeding for its survival. The move of our male pig is an important step in the conservation of this species.

And finally we sent a male mara off to Blackpool Zoo to join the group there. Mara are the fourth largest species of rodent in the world and are related to guinea pigs. In the wild they are found in Argentina and other areas of South America. As a social animal we are certain that the mara we sent will be eager to meet the others at his new Blackpool home.

After such a busy week of moving animals we were all glad when everyone was settled into their new homes. We look forward to hearing news of breeding successes as a result of these reshuffles in the future. 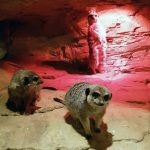 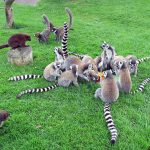